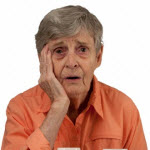 If you or someone you know is showing signs of Alzheimer’s or other congnitive decline, you need to read this post with an open mind. Undoubtedly there are several root causes of congitive decline. There are several popular drugs prescribed by doctors to treat Alzheimer’s, but none of them really work at all. At best, they slow the worsening of the disease. None has shown any ability to reverse symptoms.

First, let’s take a quick look at some the the PRE-symptoms of Alzheimer’s as listed here. Most of these have nothing to do with memory, but they can be a warning sign of trouble brewing.

One very important point is that brain atrophy (shrinkage and cell death) is already happening TEN to TWENTY YEARS before symptoms become plainly visible. Your brain is dying and you don’t even know it. Yikes! This is something I am sure we all want to stay far away from.

Most of us have a general understanding that a diabetic has a problem related to sugar uptake by the cells of the body. Now, new research is suggesting that Alzheimer’s can be characterized as “diabetes of the brain”. The research suggests that for some unknown reason, the brain can no longer effeciently utilize blood sugar for energy, and begins to shrink and die. This is remarkable new insight into a possible cause of this insideous disease.

Ketones are substances that are made when the body breaks down fat for energy. Normally, your body and brain gets the energy it needs from carbohydrate in your diet. But, as in a low carb diet, stored fat is broken down and ketones are made if your diet does not contain enough carbohydrate to supply the body with sugar (glucose) for energy or if your body can’t use blood sugar (glucose) properly. Your brain is perfectly happy using ketones as a source for energy.

Ketones are also made when the liver breaks down a special kind of fat called “Medium Chain Tryglycerides” (MCTs). Only a few naturally occuring substances contain high levels of MCTs, the most notable being the milk fat of mammals.

Breast milk has been called nature’s perfect food. It contains all the vitamins, minerals and other substances necessary to feed a baby for the first year or so of life. Either this is an amazing coincidence, or mother nature knows best that MCTs are very important for the proper brain development of infants. This fact has been understood for a few years and at this time most popular baby formulas have MCTs added for proper brain development (among other things).

Recent research has demonstrated a clear improvement in Alzheimer’s symptoms when ketone levels in the blood are raised. Here is an article on US Natioal Institute of Health website about a product “AC-1202” which is designed to boost blood ketone levels in patients:

NIH – Hypometabolism as a therapeutic target in Alzheimer’s disease

One important thing to note is these benefits are realized without any other changes in diet.

Here is a list of oils that do NOT contain any MCTs: 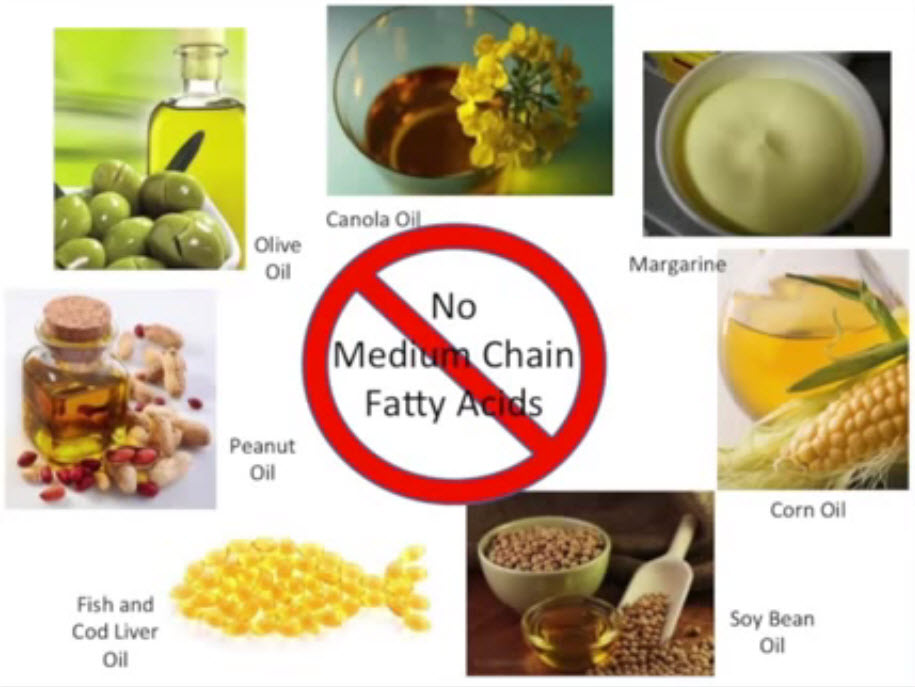 Popular Oils with NO MCTs

However, there is one common oil that contains high levels of MCTs, and that is coconut oil. Once mistakenly believed to be bad for the heart because of its saturated fat content, coconut oil is now known to contain a unique form of saturated fat that actually helps prevent heart disease, stroke, and hardening of the arteries as well as provide many other health benefits, such as Alzheimer’s.

Coconut oil is approximatly 50% MCTs, and it might be the healthiest of all oils, considering it’s resemblence to breast milk. The calories in MCT oils are processed differently than Long Chain oils. In the l940s, farmers attempted to use cheap coconut oil for fattening their animals, but they found that it made them lean, active and hungry. This is another whole dimension of coconut oil and the subject for another blog post.

If that peaks your interest, watch the one hour full version, also available on YouTube.

There are standardized congnitive assessment tests that doctors use to monitor progress of the disease in patients. Here are three pictures showing the results for Mary’s husband Steve when tasked with drawing a clock. Before coconut oik, after 14 days, and after 37 days on coconut oil. 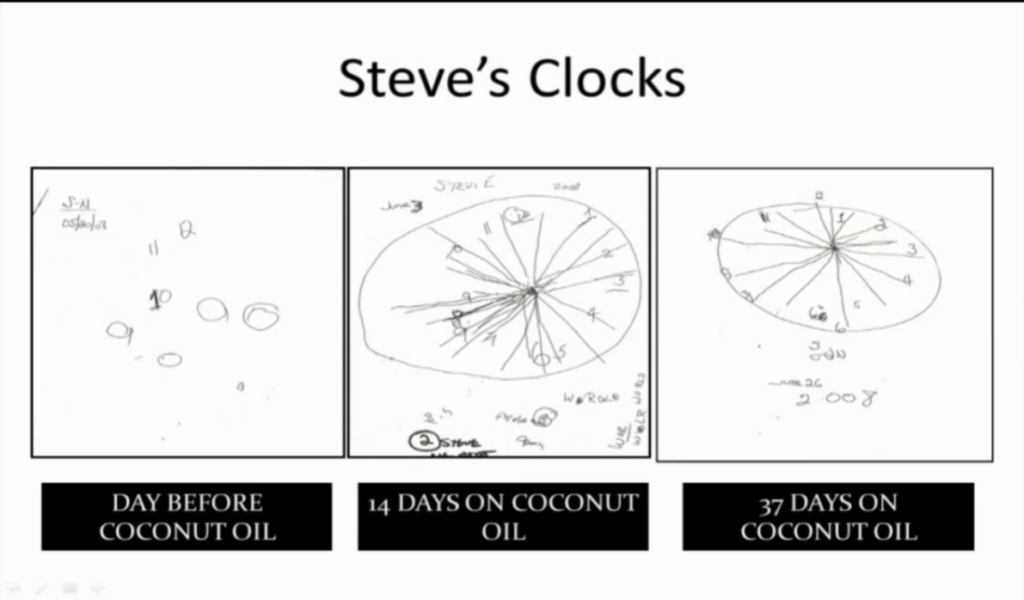 Alzheimer’s Clock Drawing Test Before and After Coconut Oil

This is an astonishing improvement. There are no presciption drugs that come anywhere close to this, it’s available everywhere at the local supermarket, and without a prescription or side effects (except that you might get lean and active). The question is: why NOT give it a try?

Please note, once the brain cells have shrunk and died, it is very difficult to restore full congnitive function, so start early, and everyone’s expectations about the results achievable for advancd patients needs to be reasonable. Coconut oil has the demonstrated ability to improve the quality of life of Alzheimer’s patients (as well as other cognitive problems including autism).

Tons of videos on YouTube about this. Do your own research. Here is some further reading on the benefits of coconut oil:

Consult your doctor before beginning any significant dietary change. We are not doctors.