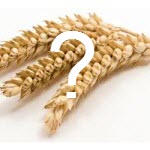 The composition of tablet fillers is of great interest to many people for various reasons. Coeliac Disease is an autoimmune disorder of the small intestine that occurs in genetically predisposed people of all ages, and is caused by a reaction to gluten.

Technically, gluten represents specific proteins that occur naturally in wheat. However, the term “gluten” is commonly used to refer to certain proteins that occur naturally not only in wheat, but also in rye, barley, and crossbreeds of these grains and that can harm people who have celiac disease. The only treatment for this disorder is a life-long gluten-free diet.

The National Institutes of Health and Center for Disease Control estimate between 1.5 million and 3 million Americans suffer from Coeliac Disease. For anyone suffering with gluten sensitivity and/or trying to eat gluten free, it is very important to select medications that are also gluten free. Unfortunately, detailed information on the fillers is impossible to get.

Sounds easy enough, but at the same time, the fillers must also allow the active ingredients to be bio-available within a short time after swallowing. What we need to understand is that these requirements, ie. protect the active ingredients yet allow them to be bio-available, are conflicting requirements, and not easily rectified. This is what the Armour reformulation was all about a few years back. There is a bit of science involved in proper filler selection, and the manufacturers consider the fillers to be proprietary. They view anyone asking about them with suspicion of trying to reverse engineer their product. Does not make a whole lot of sense, but my apologies, that is the response I got when I asked.

There is a lot of information circulating around on the internet about Thyroid-S and gluten content and/or aluminum, but it is always subjective information. So we decided to submit both Thyroid-S (Sriprasit Pharma) and Thiroyd (Greater Pharma) for gluten tests at a certified lab in the UK.

The Results for Thyroid-S Gluten Test are:

Thyroid-S and Thiroyd are GLUTEN FREE to the limits of detection of the test (5ppm).

What does this mean? Well, it means that this lot which has been tested has been found to not contain gluten above the limits of detection of the test. From this one test we cannot say that Thyroid-S and Thiroyd have always been gluten free. We will periodically test future production lots, and after a suitable track record has been established, then we can say with more confidence that Thyroid-S and Thiroyd are gluten free.

You can see the actual lab report here:

There are possibly some people who have reactions of various sorts when taking this or any other medication. We can say from this test that Thyroid-S and Thiroyd do not contain gluten above 5 ppm. Looking for a lab now which can test for aluminum, will post the results here when they are available.

If you like this original post and the information it contains, please take a moment and give us a Google+1 click over on the right hand column, thanks!.