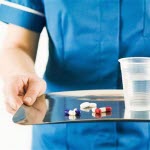 The survey included almost 2,000 adults. Many of those pills may be unnecessary, and might do more harm than good, according to a special report in the September issue of Consumer Reports magazine.

According to the health research firm Quintile IMS, the number of prescriptions filled for American adults and children rose four times faster than the population growth during the same period. Between 1997 and 2016, prescription drug use rose 85 percent, from 2.4 billion to 4.5 billion a year. During that same time period, the U.S. population rose 21 percent. The trend is huge and going in completely the wrong direction. Except of course if you are a major drug company.

In 2014, nearly 1.3 million people sought emergency room treatment for adverse drug effects, and about 124,000 people died, according to U.S. government data cited by Consumer Reports. That is 340 people every day dead from adverse drug effects from correctly prescribed prescription medication.

Might I gently recommend to please do your own research on the drugs you are taking and why. And know the possible side effects so you can be alert for them. As always, consult with your personal health care provider.